Rock in Rio 2019 resumed this Thursday (3) on a day marked by the swing of presentations with funky sound.

Red Hot Chili Peppers closed the night – in its third year in a row in Brazil – taking some risks in choosing the songs. The band secured themselves with the usual classics, but a large part of the audience left.

Earlier, Nile Rodgers and Chic had already done a groove graduation megabaile, showing why they deserved to be promoted from the Sunset Stage – where they sang in 2017 – to the World’s Largest.

Another day’s schedule of sold out tickets (and 100,000 people) also had the nostalgic national rock of Capital Inicial, with political discourse at the end. And the Panic! At the Disco, who left the emo nostalgia aside to play his recent repertoire more.

At Sunset, the tone was one of protest. Francisco, el Hombre’s shows with Monsieur Periné and Emicida with Ibeyi recalled recent episodes of violence in Rio.

This Thursday was also the day of the announcement of the first attraction of the 2021 edition. DJ Alok returns to Rock in Rio after being the first to play on the World Stage this year.

The attitude of playing lesser-known ones and getting out of autopilot was commendable, but the more B-side sequence really was a bit much. “Californication” and “Airplane” are celebrated, but they can’t stop a slight stampede in Rock City. A lot of people take the opportunity to leave a little earlier and escape the dreaded festival ending flow. Under the leadership of bassist Flea as master of ceremonies and lead singer Anthony Kiedis, the Californian quartet put on a show with a strong start and end, but half full of songs not so well known to fans of the festival.

Panic! At the Disco! 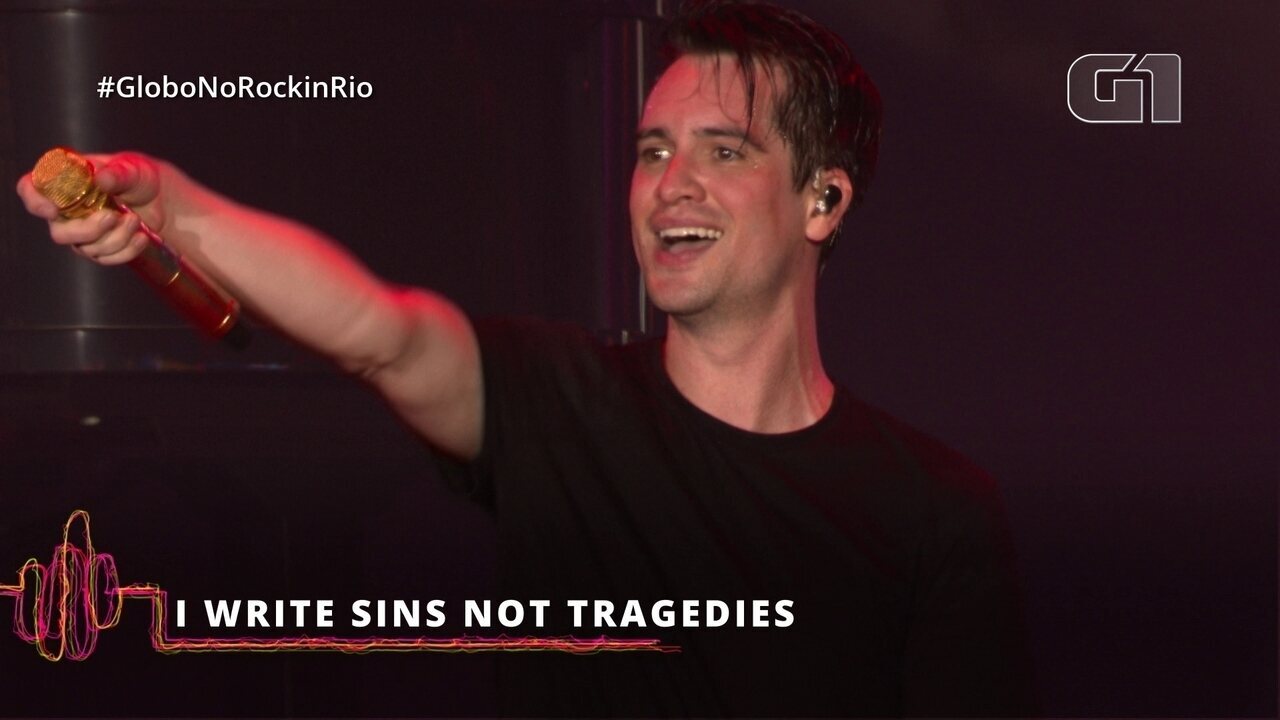 The Panic! At the Disco arrived with a gala show: Brendon Urie in a gold suit making their faces, mouths and treble, brass and violin band, piano on stage, fans screaming in front. But most of the crowd waiting for Red Hot made a landscape face for the younger song repertoire. He was more excited about the old ones (“I write sins not tragedies” mainly) or Queen’s cover (“Bohemian Rhapsody”) than about new features like the hit “High Hopes”. 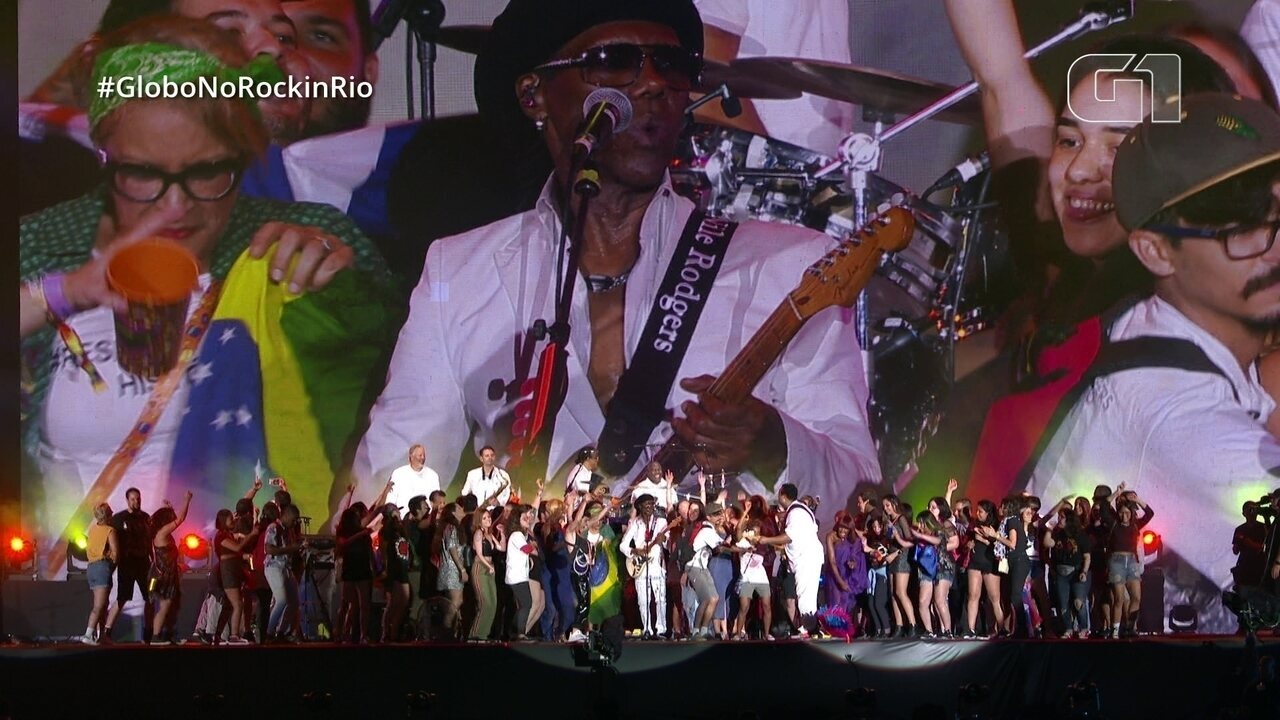 Winning Red Hot Chili Peppers fans through groove and funky sound, the 66-year-old guitarist showed that his giant graduation party deserved to be promoted at the festival. Nile Rodgers played at Sunset Stage in 2017 and now performed at Palco Mundo. The
second time in Brazil, Nile repeated the good show of the curriculum. The show ended as in 2017: with Chic’s “Good Times” and at least 30 fans on stage.

On its seventh time at Rock in Rio, Capital Inicial came onstage not with a golden-age hit, but with a recent song: “Everything is going to change” by 2018. Perhaps that was the biggest surprise. The rest of the time, the band repeated the formula for other stakes, mending hits released between the late 1980s and early 2000s. Highlight for “Tudo que vai”, unusual in Capital’s setlists at the event. 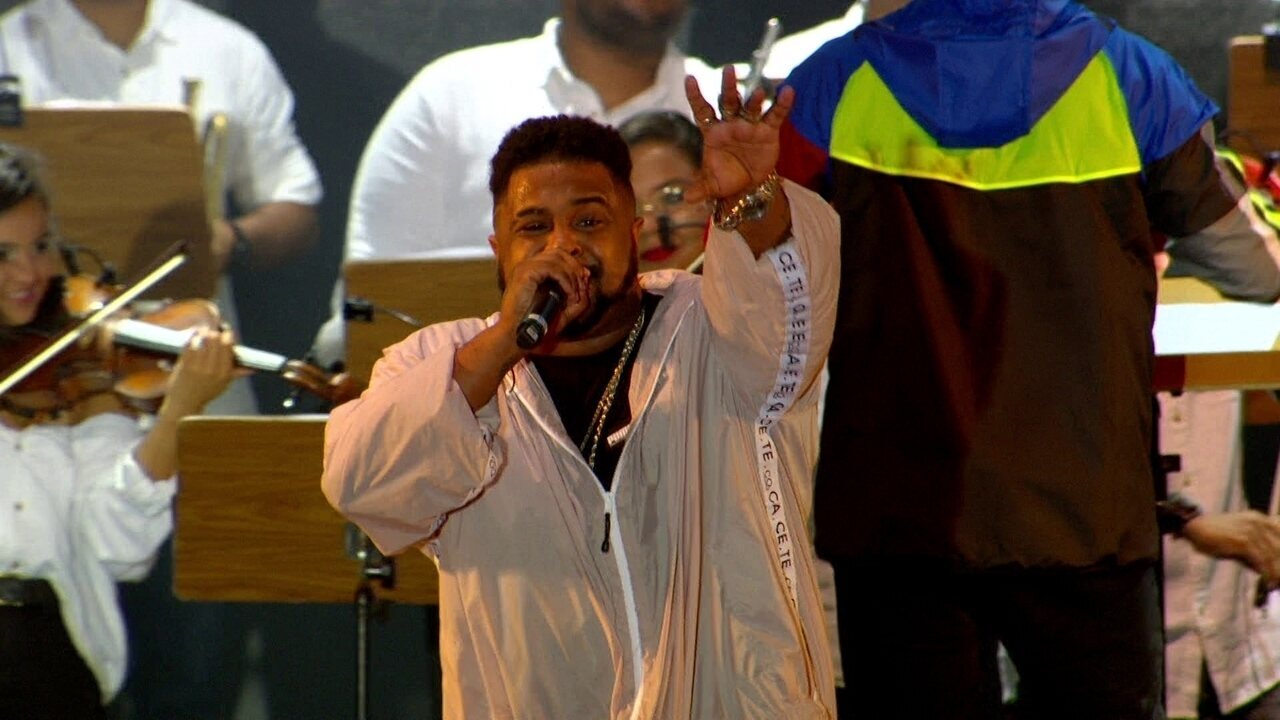 Recent hits from national rap appeared in more elaborate versions of the Hip Hop Hurricane show at Sunset Stage. The meeting joined Baco Exu from Blues, Rael and Rincon Sapiência, revelations of the genre in Brazil, to the Nova Orquestra, a group that makes classic rereading of popular songs. Also participated the Portuguese Agir. All the time together on stage, everyone interacted in sync. Much more than average for Sunset meetings.

Emicida, Brazilian rapper, introduced Ibeyi’s Franco-Cuban sisters to his fans and the public. In a show featuring rapper hits, twin singles and the trio’s two partnerships, they did dance and recalled cases of violence in Rio. be shot in the Complexo do Alemão. In addition, they quoted Marielle Franco during “No Man’s Big Enough for My Arms”, while the screen showed prominent black women from Brazil and the world. 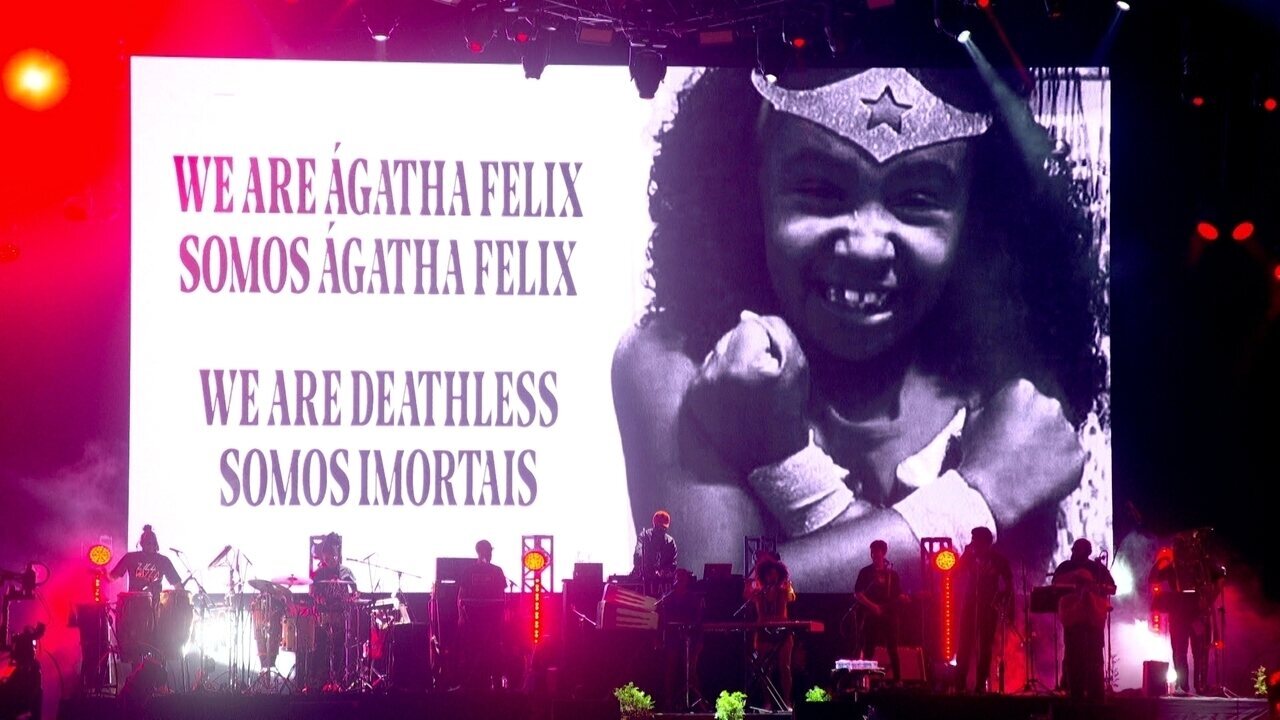 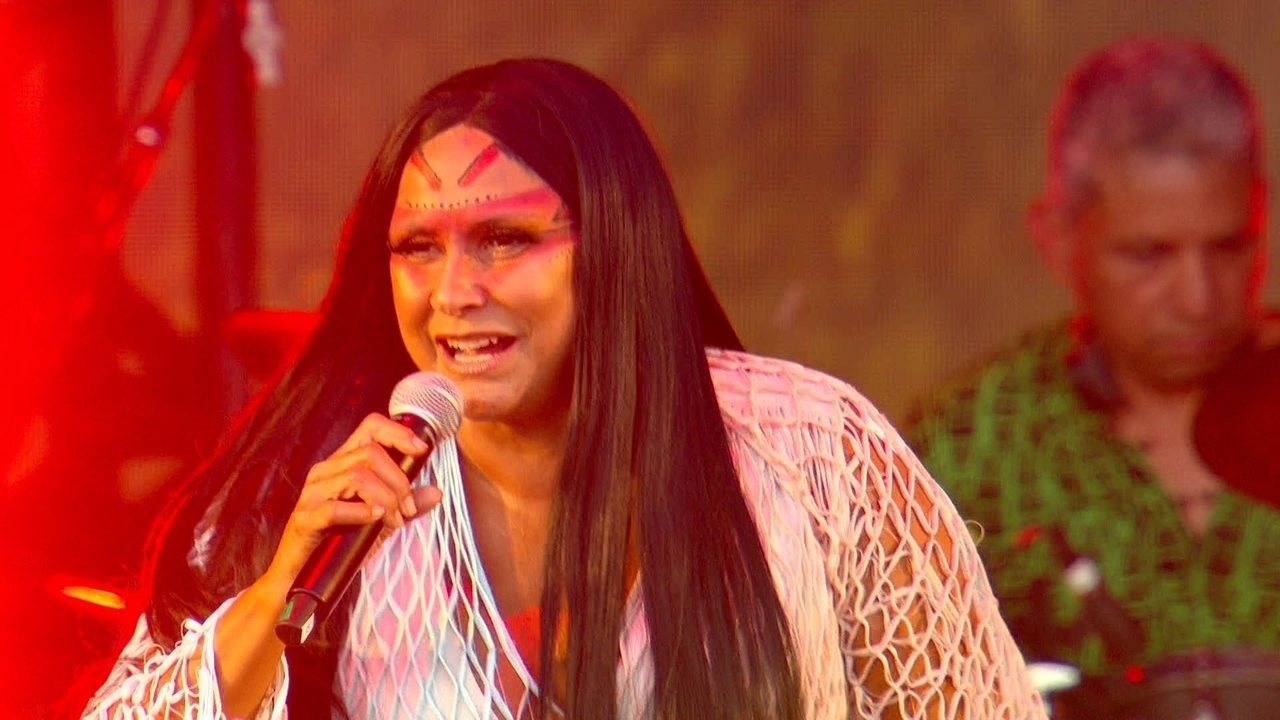 Bringing together some of the leading names in Pará music, Pará Pop established a temporary bridge between Belém and Rio de Janeiro, Brazilian states. Dona Onete, Lucas Estrela, Gaby Amarantos, Jaloo and Fafá de Belém joined in a show with moments for each other, but also the union of all. Fans received concentrated doses of guitars, stamping and electronic music typical of Pará sound systems. 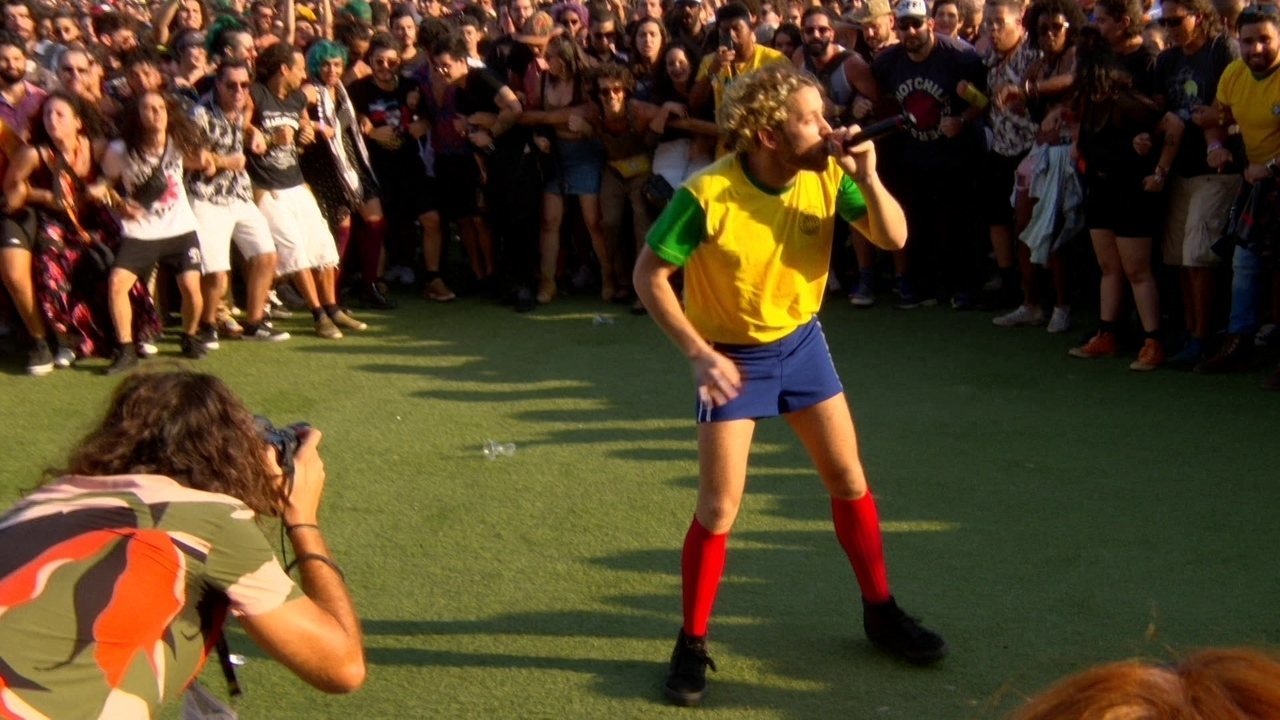 Francisco, el Hombre (group with Mexicans and Brazilians) and Colombian band Monsieur Periné opened the Sunset Stage with political demonstrations: for the Amazon, for women and against President Jair Bolsonaro. Musically, Latin American veins were open for just over an hour.